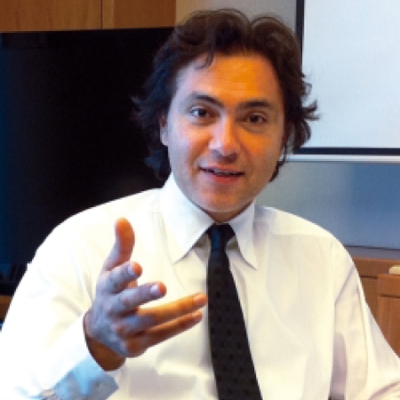 Saman Jilanchi grew up and attended school in a number of countries including Iran, US, Turkey, and UK.  Saman graduated high school from Corona Del Mar High in Newport Beach and continued onto UCI as an engineering major.  Saman graduated UCI in ’94 with a BS in Civil Engineering but pursued the field of factory automation after graduation as a sales engineer for a Siemens automation center.  Saman was recruited by Mitsubishi Electronics a year later and ended his 7-year tenure there as an account manager supporting and managing all Mitsubishi business in Southern California. Additionally, Saman started an industrial automation and controls curriculum at Cal State Fullerton while working in this field and graduated from the program in 2003.

In 2004, Saman started his second career by moving to the Middle East and lived between Iran and Dubai for 14 years.  Saman took over a family-run hospitality business in Iran during that time. As part of that business, Saman hired and relocated the executive chef for the STK restaurants to Tehran and opened the first fine dining restaurant serving modern Western cuisine in the country since the Iranian revolution in 1979.  The restaurant was an instant sensation in the country and changed the landscape of dining in the country to this day. Saman also invested in a number of real estate projects in Dubai during that time.

In 2008, Saman started a real estate company in Newport Beach investing in various projects including real estate debt.  This was a part-time venture until 2017 when he sold all his holdings in the Middle East and expanded the operation of Qwan International and Qwan Capital in Irvine encompassing real estate development, lending, and management.

Saman reconnected with UCI as a co-chair of a nonprofit company in Orange County.  The nonprofit provided funding to create the first minor degree in Iranian studies at UCI School of Humanities 3 years ago.  During this time, Saman also helped bring many additional cultural and art-related programs to UCI including a Persian New Year celebration at the Clair Trevor School of Arts, Persian film festival at the Crystal Cove Auditorium, and art exhibits held at the Student Center.  The nonprofit company also sponsored many programs at the Jordan Center for Persian Studies at UCI.