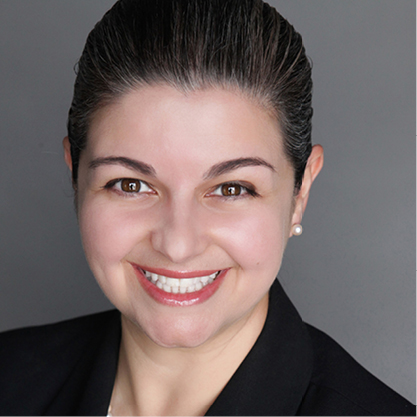 Nina Ries is a Southern California native. She attended college at the University of California at Irvine, where she triple-majored in Political Science (with honors), Philosophy, and Sociology and was active in a number of campus groups and organizations, including the Alpha Chi Omega sorority, and was a Resident Advisor and Peer Mentor. She attended law school at the University of Southern California. Nina has extensive experience in business and real estate, in both litigation and on the transactional side.

Nina has served on a number of Boards, including the Executive Board of the Los Angeles County Bar Association Barristers (2004-2009), the Editorial Board of Los Angeles Lawyer Magazine (2002-2003), and the Executive Board of the USC Gould School of Law Young Alumni Committee (2004-2012; co-chair 2011-2012). She helped to found and architect the USC Gould School of Law Alumni Association, and served three terms as President of the organization from 2012 through 2015, earning the Widney House Alumni Award for her work. She was later named the Chair of the USC Alumni Real Estate Network, an organization dedicated to providing continuing education, avenues for professional growth, and networking opportunities to connect, re-connect, and introduce alumni around the global working in real estate. Nina served on the USC Alumni Association Board of Governors from 2014 - 2017, and continues to remain involved with USC.